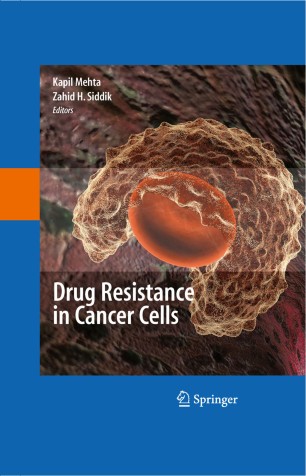 An estimated 1.5 million patients in the United States are diagnosed with cancer every year and over half-a-million individuals die of the disease. Since the vast majority of the deaths occur after medical intervention with anticancer therapy, both conventional chemotherapy and novel targeted therapy, it can be concluded that these patients die from drug resistant cancers. A growing number of studies have revealed that mechanisms underlying the development of drug resistance in cancer cells are manifold and complex and very likely are dependent on cell and microenvironment context. In view of these facts, it is important to document the mechanisms of drug resistance and understand which are the dominant resistance pathways in a particular tumor type that could provide potential therapeutic targets in a clinical setting.
This book serves as a single source for the current knowledge on genetic and epigenetic alterations that contribute to the development of drug resistance. Comprehensive reviews written by renowned experts provide great insight on the current knowledge on drug resistance mechanisms. This book is a ready source of information to clinicians, cell and cancer biologists and defines molecular drug resistance mechanisms that are challenging scientists and clinical oncologists today.

About Editors:
Dr. Kapil Mehta is a Professor in the Department of Experimental Therapeutics, The University of Texas M. D Anderson Cancer Center, Houston, TX. He has published widely and received several patents on novel discoveries relating to drug resistance in the field of cancer therapeutics.
Dr. Zahid H. Siddik is also a Professor in the Department of Experimental Therapeutics at The University of Texas M.D. Anderson Cancer Center. He has studied extensively the mechanisms of drug action and resistance, and is recognized for his seminal studies with platinum-based antitumor agents.