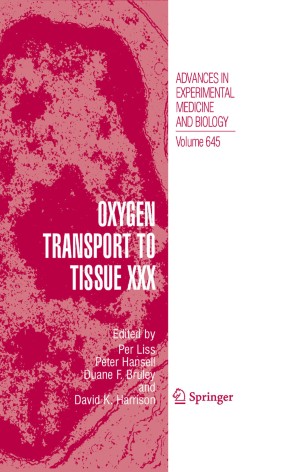 Part of the Advances in Experimental Medicine and Biology book series (AEMB, volume 645)

In 1772 in Uppsala the Swedish chemist Karl Wilhelm Scheele discovered the element Oxygen. Two hundred and one years later, in 1973, the International Society on Oxygen Transport to Tissue (ISOTT) was founded. Since then there has been an annual ISOTT meeting. After 24 years of international ISOTT meetings it was decided, at the 2005 summit in Bary, Italy, that the 2007 meeting was to be held in Uppsala, Sweden. Thus, after the Louisville meeting we, in the Uppsala group, withdrew to the Edgewater Resort at Taylorsville Lake outside Louisville and prepared the Uppsala ISOTT meeting by tasting Kentucky Bourbons, smoking cigars while bathing in a jacuzzi in the hot dark Kentucky night full of fire flies and a sky full of stars. The ISOTT program should include different aspects of oxygen - however, it is accepted that each meeting has its own local “touch”. We decided to focus the Uppsala ISOTT meeting on the theme of "Imaging and measuring oxygen changes". With this in mind we invited scientists within and outside the ISOTT society. We then also received lots of good abstracts from ISOTT members that were included in the program. Lars-Olof Sundelöf introduction speech “AIR AND FIRE” concerned how oxygen was discovered in Uppsala in 1772 by Karl Wilhelm Scheele. After the introduction speech a get together event took place in the magnificent and spacious foyer of Uppsala University main building. The vice chancellor Ulf Pettersson welcomed all delegates to Sweden and Uppsala.