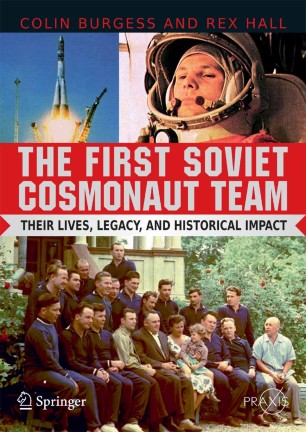 Their Lives, Legacy, and Historical Impact

The First Soviet Cosmonaut Team will relate who these men were and offer far more extensive background stories, in addition to those of the more familiar names of early Soviet space explorers from that group. Many previously-unpublished photographs of these “missing” candidates will also be included for the first time in this book. It will be a detailed, but highly readable and balanced account of the history, training and experiences of the first group of twenty cosmonauts of the USSR. A covert recruitment and selection process was set in motion throughout the Soviet military in August 1959, just prior to the naming of America’s Mercury astronauts. Those selected were ordered to report for training at a special camp outside of Moscow in the spring of 1960. Just a year later, Senior Lieutenant Yuri Gagarin of the Soviet Air Force (promoted in flight to the rank of major) was launched aboard a Vostok spacecraft and became the first person ever to achieve space flight and orbit the Earth.