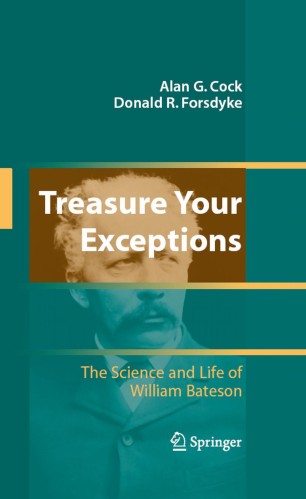 The Science and Life of William Bateson

William Bateson brought the work of Mendel (and much more) to the attention of the English-speaking world. He commanded the biological sciences in the decades after Darwin's death in 1882. To understand these years we must first understand Bateson. Through examination of the life of a major contributor to the turn-of-the-century revolution in biology, the authors of this volume reconcile the genocentrism of George Williams and Richard Dawkins with the hierarchical thinking of Richard Goldschmidt and Stephen Jay Gould. The anti-Darwinian arguments of Bateson are only now, a century later, gaining recognition. At last, Evolutionists can present a unified front to their creationist opponents.