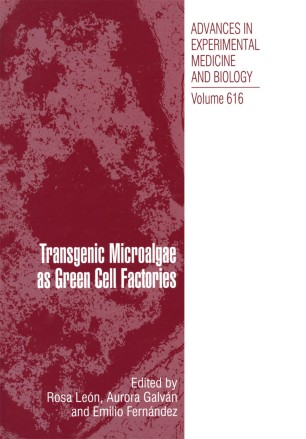 Microalgae have been largely cultured and commercialized as food and feed additives, and their potential as source of high-added value compounds is well known. But, in contrast to the large number of genetically modified bacteria, yeast and even higher plants, only a few species of microalgae have been genetically transformed with efficiency. Initial difficulties in the expression of foreign genes in microalgae have been progressively overcome, and powerful molecular tools for their genetic engineering are now on hand. A considerable collection of promoters and selectable marker genes and an increasing number of genomic or cDNA sequences have become available in recent years. More work is needed to transform new species of microalgae, specially those that have commercial value, so that it would be possible to increase the productivity of traditional compounds or synthesize novel ones. Silencing transgenes remains as an important limitation for stable expression of foreign genes. This problem is not unique to microalgae since it has also been observed in plants, animals and fungi. A better understanding of the mechanisms that control the regulation of gene expression in eukaryotes is therefore needed.

In this book a group of outstanding researchers working on different areas of microalgae biotechnology offer a global vision of the genetic manipulation of microalgae and their applications.