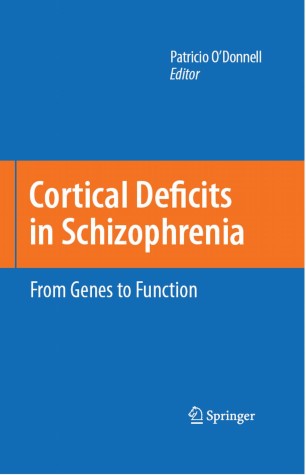 From Genes to Function

The genetics of schizophrenia have taken the driver seat in the research related to this disorder in recent years. For a long time, it had been known that sharing genes with someone affected with schizophrenia conferred a 50% chance of acquiring the disease. Although this is fifty times the incidence in the normal population, it was evident that genes could not explain all factors involved. At best, one could think of a combination of gene traits conferring predisposition for the disease. Now, it is evident that although there are no genes that individually confer a strong liability, several candidate gene alleles do confer some risk, and perhaps a combination of genes could cause the emergence of symptoms in this multi-faceted psychiatric condition. As the research on predisposing genes soars, it is becoming clear that we need to be able to identify cellular processes the genes control and to provide patho-physiological scenarios that could link those cellular phenomena with symptoms. Cortical Deficits in Schizophrenia: From Genes to Function elaborates on that link.

The contributions to this book reflect the current state of the connection between schizophrenia genetics and pathophysiology. The book opens with a chapter by Paul Harrison highlighting the several convergence points among the diverse schizophrenia-related genes. This is followed by chapters reviewing several different specific genes, including Neuregulin, DISC-1, dysbindin, and Homer, among others, and by several chapters presenting information on physiological cortical processes that could be affected by those genes. These include glutamatergic, GABAergic and cholinergic neurotransmission.

Current hot topics in schizophrenia research are also highlighted in the book. A concept that is gaining strength in the field, for example, is the role of inhibitory neurotransmission in schizophrenia pathophysiology, with converging (and convincing) data from post-mortem and imaging studies. The possibility of deficits in cortical inhibition (causing the emergence of "noisy" cortical activity) is discussed throughout the book in relationship with possible alterations in GABA and/or glutamate activity in several cortical areas including the prefrontal cortex and the temporal lobe. Thus, the chapters in this book summarize the current state of affairs in schizophrenia pathophysiology, with a consideration of genetic elements that may contribute to it. Cortical Deficits in Schizophrenia: From Genes to Function will prove a useful tool for those interested in a better understanding of schizophrenia. Even if more predisposing genes (not included in this book) become identified, the work laid out here will prove critical for assigning a functional (or dysfunctional) role to those genes. Although this is a fast-evolving field, the information and concepts covered in this book will likely be useful for years to come.

"Cortical Deficits in Schizophrenia: From Genes to Function is an important contribution to the literature on schizophrenic syndrome analysis. It also can serve as an excellent model of productive interdisciplinary collaboration. Clinical as well as basic scientific specialists from a very wide variety of disciplines who share a common interest in schizophrenic syndrome analysis will find much new information in this work that is insightful, original, and exceptionally well integrated." (James A. Moses, PsycCRITIQUES, Vol. 34 (3), August, 2008)