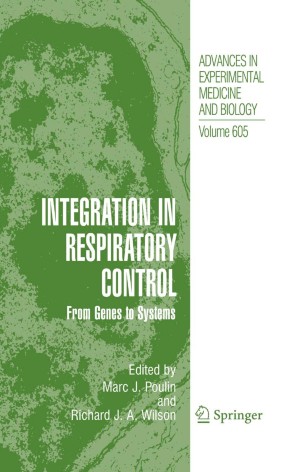 From Genes to Systems

Part of the Advances in Experimental Medicine and Biology book series (AEMB, volume 605)

Like the geological treasures that surely must lie below the Athabasca glacier, some of the answers to key questions about the control of respiration remain buried. But bit by bit, year by year the ice is melting and perhaps in some areas the rocks are starting to be revealed. With a mission to advance our understanding of the emerging th th gems of respiration, the X Oxford Conference was held between 19–24 September (2006) next to the turquoise and tranquil waters of Lake Louise, in the middle of Banff National Park, Alberta, Canada. Since its inauguration 30 years ago in Oxford, the Oxford Conference on mo- ling and control of breathing has been held every three years in locations spanning the globe (a list of past conferences and publications that have emerged is included in the pages that follow). The series has provided key opportunities for respiratory scientists to meet with colleagues, discuss recent advances and celebrate their field. The 2006 Lake Louise meeting was Canada’s second Oxford Conference; the th previous Canadian meeting (the VII Oxford Conference) was held in 1997 at the Grandview Inn in Huntsville (Ontario) and was chaired by Richard Hughson, David Cunningham and Jim Duffin.