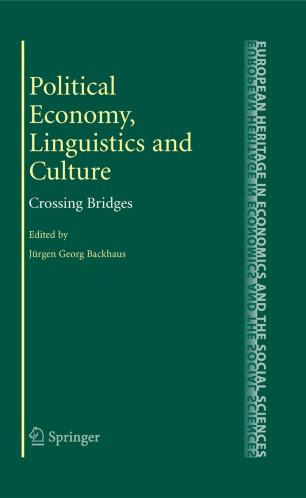 Part of the European Heritage in Economics and the Social Sciences book series (EHES, volume 5)

During the late 19th and throughout the 20th century, social sciences in general and economics in particular have undergone enormous progress. This has led to something of an embarrassment of riches. While certain topics have been fully researched to the point where the marginal benefit from further research is approaching zero, others have remained largely under-researched or were being ignored altogether.

It is this discrepancy which prompted the research paradigm of “Crossing Bridges”. For this volume, ten authors have joined forces to address the problem of under-researched topics, focussing in particular on gaps in interdisciplinary research between economics and other social sciences such as linguistics, art and cultural history. Making use of interdisciplinary methods and approaches, the book makes a case for stronger bonds between the different fields of social science.