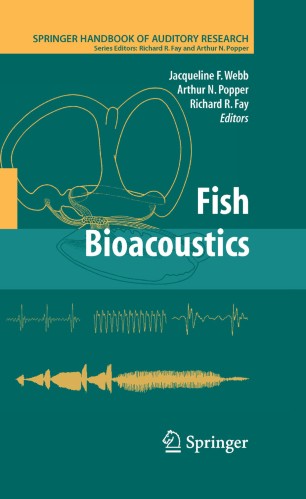 The study of how fish make and respond to sound has important implications for communication, physiology, behavior, and commercial techniques. Fish Bioacoustics, a new definitive volume on fish auditory systems, will interest investigators in both basic research of fish bioacoustics as well as investigators in applied aspects of fisheries and resource management. Topics cover structure, physiology, localization, and acoustic behavior as well as more applied topics such as using sound to detect and locate fish.

The Springer Handbook of Auditory Research presents a series of synthetic reviews of fundamental topics dealing with auditory systems. Each volume is independent and authoritative; taken as a set, this series is the definitive resource in the field.