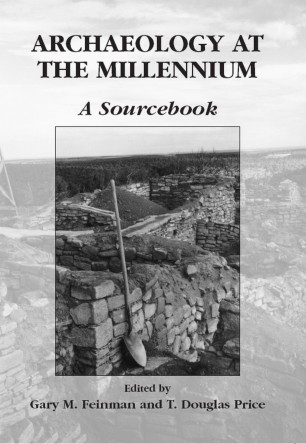 Archaeology at the Millennium

`...this important and well-compiled source book... With its comprehensive and up-to-date bibliographies, many techical terms, and sophisticated intellectual explorations...it is an invaluable source for all archaeologists (including Classicists), and is a graduate student's treasure. This volume will become a staple of graduate seminars for years to come, and, to use the oft-used cliché, really does belong on every archaeologist's bookshelf.'
Cambridge Archaeological Journal

`The editors are to be congratulated for obtaining a set of papers with such consistent high quality from a diverse cast of authors. Since the research standing behind the chapters is of high quality, the chapters may serve as an annotated bibliography and guide to the literature for one's own independent research. I consider this a very important contribution to our literature and a fine book for use by both undergraduates and graduate students, not to mention professionals.'
Journal of Anthropological Research

Intended as a comprehensive handbook and showcase for archaeology, Archaeology at the Millennium outlines where the discipline has been and where it is going at the turn of the twenty-first century. An internationally distinguished roster of prominent archaeologists makes a meaningful statement regarding the place and contribution of archaeology in the sciences and humanities. The topics of the chapters include the major questions in archaeology. Each chapter considers the history of research on the subject and the direction in which future work may go. The volume begins with a foreword by Patty Jo Watson, setting the stage for the essays to follow.

The sourcebook is divided into four substantive sections, each of which is introduced by a summary statement outlining the chapters in the section. Part I deals with the history of archaeology and the advance of archaeological theory. Part II ranges over the first four million years of our evolution as a cultural species and covers the first hominids to complex hunter-gatherers. Part III concerns the origins of agriculture and features discussions of such issues as craft production, the division of labor, warfare, and the rise of social inquality. Part IV analyzes the rise of states and empired in both the Old and New World; the archaeology of the classical Mediterranean states is also included in this section. A final chapter portends the future of archaeology.

The sourcebook provides an in-depth and up-to-date statement on the condition and direction of one of the most dynamic of the social sciences. The field of archaeology is growing in strength and stature as a means of understanding where humans came from as well as the historical processes that have led us to where we are today. This volume defines the intellectual state of this discipline, which is central to understanding the human career.