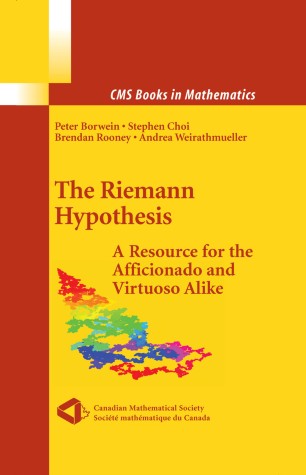 A Resource for the Afficionado and Virtuoso Alike

The Riemann Hypothesis has become the Holy Grail of mathematics in the century and a half since 1859 when Bernhard Riemann, one of the extraordinary mathematical talents of the 19th century, originally posed the problem. While the problem is notoriously difficult, and complicated even to state carefully, it can be loosely formulated as "the number of integers with an even number of prime factors is the same as the number of integers with an odd number of prime factors."

The Hypothesis makes a very precise connection between two seemingly unrelated mathematical objects, namely prime numbers and the zeros of analytic functions. If solved, it would give us profound insight into number theory and, in particular, the nature of prime numbers.

The text is suitable for a graduate course or seminar or simply as a reference for anyone interested in this extraordinary conjecture.