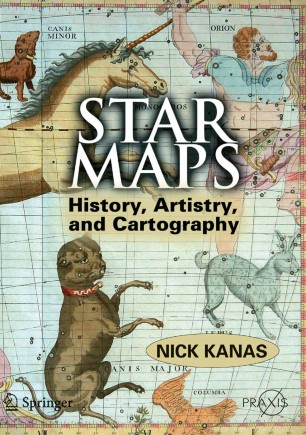 This book traces the history of celestial cartography and relates this history to the changing ideas of man’s place in the universe and to advances in map-making. Photographs from actual antiquarian celestial atlases and prints, many previously unpublished, enrich the text, and a legend accompanies each illustration to explain its astronomical and cartographic features. Also included in the book are discussions of non-European celestial maps and chapters on early American influences and celestial map-collecting.

With the construction of the International Space Station, and new plans for manned missions to the Moon, Mars and beyond, there is renewed interest in the heavens. An ever-increasing number of people are fascinated with the science of space and are becoming amateur astronomers. Antiquarian map societies are prospering, and celestial maps are now viewed as a specialty of map collecting. The beauty and awe generated by the celestial void captures our imagination and delights our aesthetic sense.