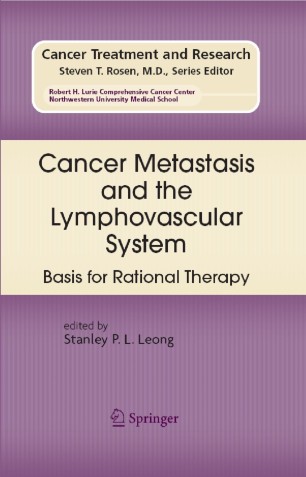 Cancer Metastasis And The Lymphovascular System: Basis For Rational Therapy

Sentinel lymph node (SLN) procedures have opened a window of opportunity for the study of micrometastasis. In eighty percent (80%) of metastasis there lies an orderly pattern of progression via the lymphatic network, while 20% of the time systemic metastasis occurs, bypassing the lymphatic system. During the past two decades, significant progress has been achieved in understanding the anatomical, functional, cellular and molecular aspects of the lymphovascular system and the metastasis process.

· Current status of the immune responses in the draining lymph nodes against cancer is summarized.

In this book, basic scientists and clinicians exchange ideas so that laboratory findings can be applied to clinical dilemmas, and clinical problems can be targeted for research in the laboratory.

"Cancer metastasis remains the greatest challenge for oncologists. The role of the lymphovascular system is critical and a focus of intense investigations. This text covers a spectrum of relevant research and clinical issues that impact on our understanding of this process."