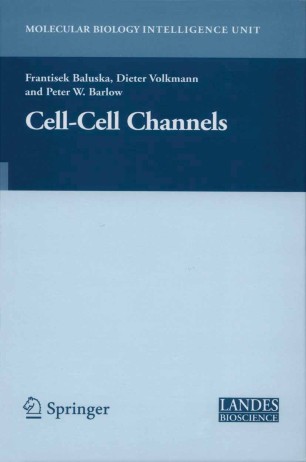 he biological sciences are dominated by the idea that cells are the functionally autonomous, physically separated, discrete units of life. TThis concept was propounded in the 19th century by discoveries of the cellular structuring of both plants and animals. Moreover, the ap­ parent autonomy of unicellular eukaryotes, as well as the cellular basis of the mammalian brain (an organ whose anatomy for a long while defied attempts to validate the idea of the cellular nature of its neurons), seemed to provide the final conclusive evidence for the completeness of *cell theory', a theory which has persisted in an almost dogmatic form up to the present day. However, it is very obvious that there are numerous observations which indicate that it is not the cells which serve as the basic units of biological life but that this property falls to some other, subcellular assemblage. To deal with this intricate problem concerning the fundamental unit of living matter, we proposed the so-called Cell Body concept which, in fact, devel­ ops an exceedingly original idea proposed by Julius Sachs at the end of the 19th century. In the case of eukaryotic cells, DNA-enriched nuclei are intimately associated with a microtubular cytoskeleton. In this configuration—as a Cell Body—these two items comprise the fundamental functional and struc­ tural unit of eukaryotic living matter. The Cell Body seems to be inherent to all cells in all organisms.