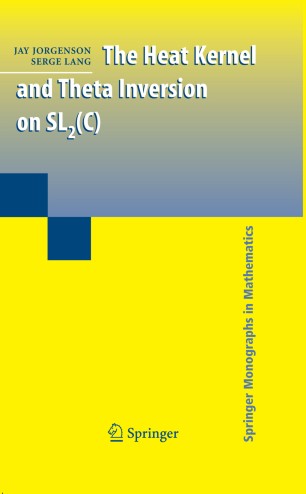 The Heat Kernel and Theta Inversion on SL2(C)

The present monograph develops the fundamental ideas and results surrounding heat kernels, spectral theory, and regularized traces associated to the full modular group acting on SL2(C). The authors begin with the realization of the heat kernel on SL2(C) through spherical transform, from which one manifestation of the heat kernel on quotient spaces is obtained through group periodization. From a different point of view, one constructs the heat kernel on the group space using an eigenfunction, or spectral, expansion, which then leads to a theta function and a theta inversion formula by equating the two realizations of the heat kernel on the quotient space. The trace of the heat kernel diverges, which naturally leads to a regularization of the trace by studying Eisenstein series on the eigenfunction side and the cuspidal elements on the group periodization side. By focusing on the case of SL2(Z[i]) acting on SL2(C), the authors are able to emphasize the importance of specific examples of the general theory of the general Selberg trace formula and uncover the second step in their envisioned "ladder" of geometrically defined zeta functions, where each conjectured step would include lower level zeta functions as factors in functional equations.