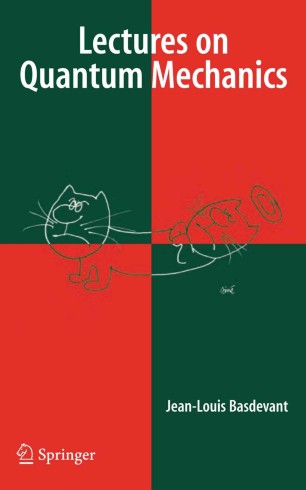 Beautifully illustrated and engagingly written, Lectures on Quantum Mechanics
presents theoretical physics with a breathtaking array of examples and anecdotes. Basdevant's style is clear and stimulating, in the manner of a brisk classroom lecture that students can follow with ease and enjoyment. Here is a sample of the book's style, from the opening of Chapter 1: "If one were to ask a passer-by to quote a great formula of physics, chances are that the answer would be 'E = mc2'. Nevertheless, the formula 'E=hV' which was written in the same year 1905 by the same Albert Einstein, and which started quantum theory, concerns their daily life considerably more. In fact, of the three watershed years for physics toward the beginning of the 20th century - 1905: the Special Relativity of Einstein, Lorentz and Poincaré; 1915: the General Relativity of Einstein, with its extraordinary reflections on gravitation, space and time; and 1925: the full development of Quantum Mechanics - it is surely the last which has the most profound implications for the development of science and technology. There is no way around it: all physics is quantum, from elementary particles, to stellar physics and the Big Bang, not to mention semiconductors and solar cells."