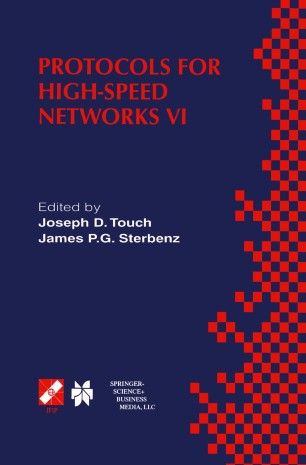 1 This year marks the l0 h anniversary of the IFIP International Workshop on Protocols for High-Speed Networks (PfHSN). It began in May 1989, on a hillside overlooking Lake Zurich in Switzerland, and arrives now in Salem Massachusetts 6,000 kilometers away and 10 years later, in its sixth incarnation, but still with a waterfront view (the Atlantic Ocean). In between, it has visited some picturesque views of other lakes and bays of the world: Palo Alto (1990 - San Francisco Bay), Stockholm (1993 - Baltic Sea), Vancouver (1994- the Strait of Georgia and the Pacific Ocean), and Sophia­ Antipolis I Nice (1996- the Mediterranean Sea). PfHSN is a workshop providing an international forum for the exchange of information on high-speed networks. It is a relatively small workshop, limited to 80 participants or less, to encourage lively discussion and the active participation of all attendees. A significant component of the workshop is interactive in nature, with a long history of significant time reserved for discussions. This was enhanced in 1996 by Christophe Diot and W allid Dabbous with the institution of Working Sessions chaired by an "animator," who is a distinguished researcher focusing on topical issues of the day. These sessions are an audience participation event, and are one of the things that makes PfHSN a true "working conference.