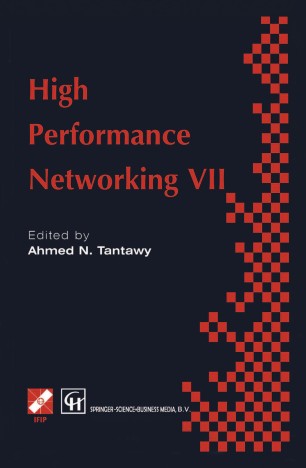 It is always confusing, and perhaps inconvenient at times, using generic terms that will mean something to everyone but different things to different people. "High Performance" is one of those terms. High Performance can be viewed as synonymous to High Speed or Low Latency or a number of other characteristics. The interesting thing is that such ambiguity can sometimes be useful in a world where focus shifts quite easily from one issue to another as times and needs evolve. Many things have changed since the first HPN conference held in Aachen, Germany in 1987. The focus then was mainly on Media Access Control (MAC) protocols that allow users to share the high bandwidth of optical fiber. FDDI (Fiber Distributed Data Interface) was making its debut with its amazing 100 Mbps speed. ATM (Asynchronous Transfer Mode) and SONET (the Synchronous Optical Network) were beginning to capture our imagination. What could users possibly do with such "high performance"? Share it! After realizing that the real problems had gradually shifted away from the network media to the periphery of the network, focus also began to shift. Adapter design, protocol implementation, and communication systems architecture began to attract our interest. Networking -not Networks-became the hot issue.