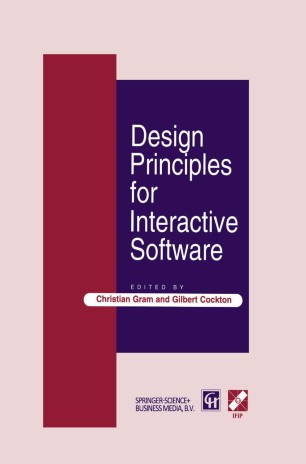 IFIP's Working Group 2.7(13.4)* has, since its establishment in 1974, con­ centrated on the software problems of user interfaces. From its original interest in operating systems interfaces the group has gradually shifted em­ phasis towards the development of interactive systems. The group has orga­ nized a number of international working conferences on interactive software technology, the proceedings of which have contributed to the accumulated knowledge in the field. The current title of the Working Group is 'User Interface Engineering', with the aim of investigating the nature, concepts, and construction of user interfaces for software systems. The scope of work involved is: - to increase understanding of the development of interactive systems; - to provide a framework for reasoning about interactive systems; - to provide engineering models for their development. This report addresses all three aspects of the scope, as further described below. In 1986 the working group published a report (Beech, 1986) with an object-oriented reference model for describing the components of operating systems interfaces. The modelwas implementation oriented and built on an object concept and the notion of interaction as consisting of commands and responses. Through working with that model the group addressed a number of issues, such as multi-media and multi-modal interfaces, customizable in­ terfaces, and history logging. However, a conclusion was reached that many software design considerations and principles are independent of implemen­ tation models, but do depend on the nature of the interaction process.