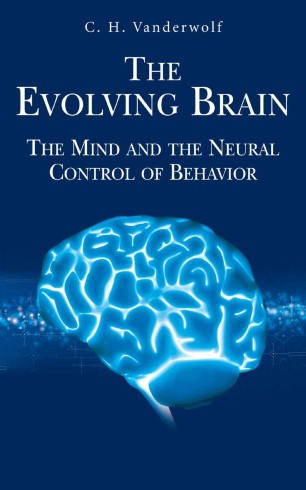 The Mind and the Neural Control of Behavior

Present-day behavioral and cognitive neuroscience is based on the idea that the conventional philosophical theory of the mind provides a reliable guide to the functional organization of the brain. Consequently, much effort has been expended in a search for the neural basis of such psychological categories as memory, attention, emotion, motivation, and perception. The Evolving Brain: The Mind and the Neural Control of Behavior argues that (a) conventional psychological concepts originate from the philosophical speculations of ancient Greek philosophers, especially Plato and Aristotle; (b) there is serious doubt that these ancient philosophical analyses provide a reliable guide to the understanding of the human mind, human behavior, or the organization of the brain; and (c) that modern scientific studies of animal behavior provide a better guide to the study of the functional organization of the brain than is provided by conventional psychological concepts.

C. H. Vanderwolf, Ph.D., DSC., is a Professor Emeritus in the Department of Psychology and Graduate Program in Neuroscience at the University of Western Ontario, London, Ontario, Canada.

"Vanderwolf … critiques current approaches to the study of the neural basis of mind, particularly as they apply to psychological processes such as perception, attention, motivation, emotion, memory, and cognition. … Vanderwolf reminds those interested in the field of the brain, behaviour, and the mind that works best when it rests on objective data. Summing Up: Recommended. Upper-division undergraduates through faculty." (C. R. Timmons, CHOICE, Vol. 44 (11), July, 2007)