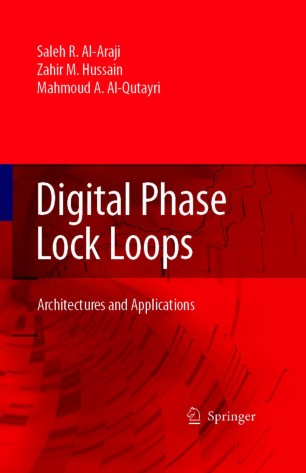 Digital phase lock loops are critical components of many communication, signal processing and control systems. This exciting new book covers various types of digital phase lock loops. It presents a comprehensive coverage of a new class of digital phase lock loops called the time delay tanlock loop (TDTL). It also details a number of architectures that improve the performance of the TDTL through adaptive techniques that overcome the conflicting requirements of the locking rage and speed of acquisition. These requirements are of paramount importance in many applications including wireless communications, consumer electronics and others. Digital Phase Lock Loops then illustrates the process of converting the TDTL class of digital phase lock loops for implementation on an FPGA-based reconfigurable system. These devices are being utilized in software-defined radio, DSP-based designs and many other communication and electronic systems to implement complex high-speed algorithms. Their flexibility and reconfigurability facilitate rapid prototyping, on-the-fly upgradeability, and code reuse with minimum effort and complexity. The practical real-time results, of the various TDTL architectures, obtained from the reconfigurable implementations are compared with those obtained through simulations with MATLAB/Simulink. The material in this book will be valuable to researchers, graduate students, and practicing engineers.

Prof. Al-Araji was awarded the British IERE Clerk Maxwell Premium for a paper published in 1976 and the Scientific-Atlanta award for outstanding achievement in the year 2000. He was an Iraqi National member of URSI Commissions C and D, and the ITU (CCIR Group 8). His research interests include synchronization techniques, communication signal processing, and CATV systems and networks. He has published over 50 papers in international Journals and Conferences and holds 6 US Patents and one International Patent. He is a reviewer to a number of international conferences and journals, and is involved in the organization of a number of international conferences in various capacities. Prof. Al-Araji is a senior member of the IEEE. His e-mail address is: alarajis@euc.ac.ae.