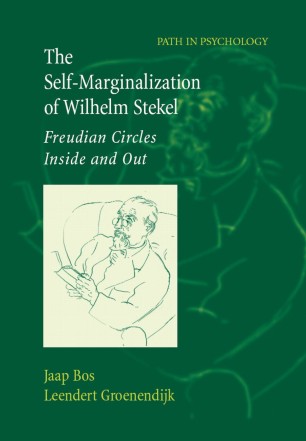 The Self-Marginalization of Wilhelm Stekel

Freudian Circles Inside and Out

As both an early disciple of and influence on Freud, Wilhelm Stekel enjoyed a unique position within the analytic movement. More recently, he has been notable more for his ostracism from Freud’s sphere and little else. The Self-Marginalization of Wilhelm Stekel brings a fresh perspective on Stekel, revealing the complex, symbiotic bond between mentor and follower in its many social, interpersonal, and psychological forms.In addition to shedding light on a famous outsider, this biography is set in a dual context of the formative years of psychoanalysis and Freud’s relationships with his colleagues: comparisons and contrasts abound with Adler, Jung, and other, revered exiles from Freudian circles. At the same time, each chapter defines and identifies a particular aspect of the marginalization process, including self-marginalization, the relationship of marginals to the mainstream, and the value of marginalization in the construction of identity. In all, this book will provide

The Self-Marginalization of Wilhelm Stekel peels back layers of history to create a singular addition to our knowledge of the origins of psychoanalysis. Psychologists, social scientists, and readers interested in the history of science will find this book an illuminating glimpse into the lives and legacies of the first psychoanalysts.

Jaap Bos is assistant professor at Utrecht University, The Netherlands, department of Interdisciplinary Social science (ASW). His research focuses on the history of ideas, in particular the history of psychoanalysis, on marginality, and on autobiographical narratives.

Johan Sturm is currently a member of the management staff of the Vrije Universiteit, Amsterdam, the Netherlands.

Paul Roazen was Professor of Social and Political Science at York University in Toronto, Canada.