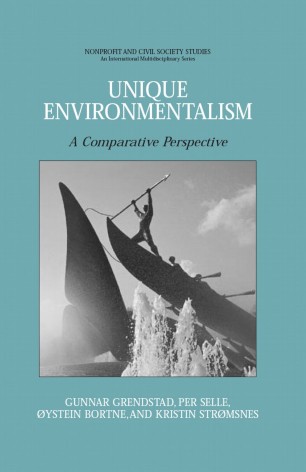 This book explains and demonstrates how the Norwegian case of environmentalism is unique. The two connected anomalies of an inclusive and state friendly society and a strong orientation and commitment to local communities make the case stand apart from mainstream international definitions of environmentalism.

The authors study a specific political culture with a rather unique combination of state structure and civil society of which organized environmentalism is an important part. The political culture influences organizational form and organizational ideology as well as the way these organistions are linked to and interact with the goverment. The study shows why international non-government organizations (INGOs) which are successful elsewhere, such as Greenpeace, are unable to establish themselves in some countries.