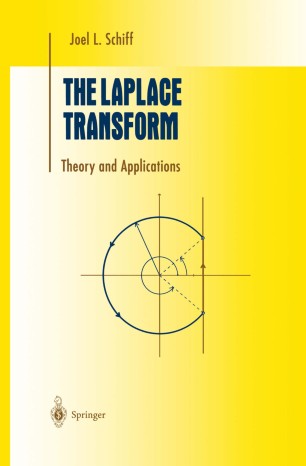 The Laplace transform is a wonderful tool for solving ordinary and partial differential equations and has enjoyed much success in this realm. With its success, however, a certain casualness has been bred concerning its application, without much regard for hypotheses and when they are valid. Even proofs of theorems often lack rigor, and dubious mathematical practices are not uncommon in the literature for students. In the present text, I have tried to bring to the subject a certain amount of mathematical correctness and make it accessible to un­ dergraduates. Th this end, this text addresses a number of issues that are rarely considered. For instance, when we apply the Laplace trans­ form method to a linear ordinary differential equation with constant coefficients, any(n) + an-lY(n-l) + · · · + aoy = f(t), why is it justified to take the Laplace transform of both sides of the equation (Theorem A. 6)? Or, in many proofs it is required to take the limit inside an integral. This is always fraught with danger, especially with an improper integral, and not always justified. I have given complete details (sometimes in the Appendix) whenever this procedure is required. IX X Preface Furthermore, it is sometimes desirable to take the Laplace trans­ form of an infinite series term by term. Again it is shown that this cannot always be done, and specific sufficient conditions are established to justify this operation.

"The book contains plenty of examples, exercises (with answers at the end) and a table of transforms.
The book is certainly a handsome introduction to the Laplae transform, by its clear representation well-suited for self-study."
Nieuw Archief voor Wiskunde, March 2001

"This clearly written undergraduate textbook can be recommended to students and teachers of this subject, both in a mathematial and engineering context."
Newsletter of the EMS, issue 42, December 2001
Buy options