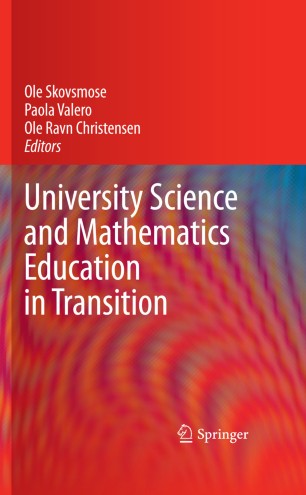 More than ever, our time is characterised by rapid changes in the organisation and the production of knowledge. This movement is deeply rooted in the evolution of the scientific endeavour, as well as in the transformation of the political, economic and cultural organisation of society. In other words, the production of scientific knowledge is changing both with regard to the internal development of science and technology, and with regard to the function and role science and technology fulfill in society. This general social context in which universities and knowledge production are placed has been given different names: the informational society, the knowledge society, the learning society, the post-industrial society, the risk society, or even the post-modern society. A common feature of different characterisations of this historic time is the fact that it is a period in construction. Parts of the world, not only of the First World but also chunks of the Developing World, are involved in these transformations. There is a movement from former social, political and cultural forms of organisation which impact knowledge production into new forms. These forms drive us into forms of organisation that are unknown and that, for their very same complexity, do not show a clear ending stage. Somehow the utopias that guided the ideas of development and progress in the past are not present anymore, and therefore the transitions in the knowledge society generate a new uncertain world. We find ourselves and our universities to be in a transitional period in time.

In this context, it is difficult to avoid considering seriously the challenges that such a complex and uncertain social configuration poses to scientific knowledge, to universities and especially to education in mathematics and science. It is clear that the transformation of knowledge outside universities has implied a change in the routes that research in mathematics, science and technology has taken in the last decades. It is also clear that in different parts of the world these changes have happened at different points in time. While universities in the "New World" (the American Continent, Africa, Asia and Oceania) have accommodated their operation to the challenges of the construction in the new world, in many European countries universities with a longer existence and tradition have moved more slowly into this time of transformation and have been responding at a less rapid pace to environmental challenges. The process of tuning universities, together with their forms of knowledge production and their provision of education in science and mathematics, with the demands of the informational society has been a complex process, as complex as the general transformation undergoing in society. Therefore an understanding of the current transitions in science and mathematics education has to consider different dimensions involved in such a change.

Traditionally, educational studies in mathematics and science education have looked at changes in education from within the scientific disciplines and in the closed context of the classroom. Although educational change in the very end is implemented in everyday teaching and learning situations, other parallel dimensions influencing these situations cannot be forgotten. An understanding of the actual potentialities and limitations of educational transformations are highly dependent on the network of educational, cultural, administrative and ideological views and practices that permeate and constitute science and mathematics education in universities today.

This book contributes to understanding some of the multiple aspects and dimensions of the transition of science and mathematics education in the current informational society. Such an understanding is necessary for finding possibilities to improve science and mathematics education in universities all around the world. Such a broad approach to the transitions happening in these fields has not been addressed yet by existing books in the market.