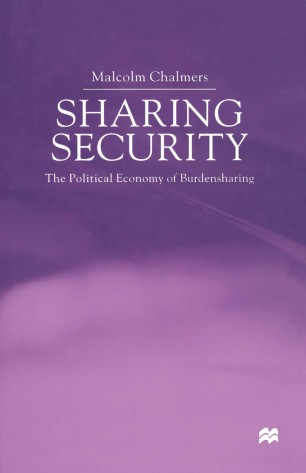 The Political Economy of Burdensharing

Sharing Security is a unique and comprehensive study of a key yet often neglected feature of modern international society. It begins by assessing how political theory can contribute to an understanding of international burdensharing. It then analyses in turn why some Western states contribute more than others to common defences, the European Union budget and overseas development aid. It highlights the particular burdensharing problems involved in global regimes, focusing on the UN's continuing financial crisis and the costs of combating global warming. It argues that today's burdensharing disparities continue to be shaped by the particular character of the international settlement at the end of the Second World War.

Malcolm Chalmers is Senior Lecturer in the Department of Peace Studies, University of Bradford.