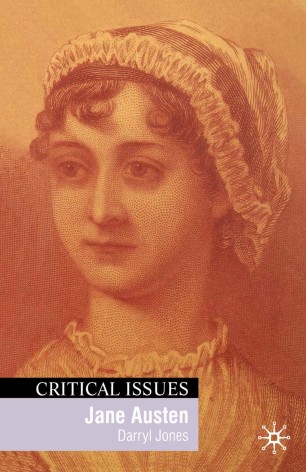 Jane Austen remains one of the most popular and widely-read of all great English novelists, attracting and apparently uniting an enormously disparate band of readers, from academics to internet fans to traditional 'Janeites'. This book offers a comprehensive one-volume study of Austen that is both a sophisticated critical introduction and a valuable contribution to the study of her work.

Combining rigorous historical scholarship with a keen sense of contemporary critical theory, Darryl Jones produces a series of lively and detailed textual, contextual and ideological interpretations of the complete works of Austen - a novelist whose very familiarity can sometimes blind readers to the fact that her works are often far more complex than they seem. Jones insists on the topicality and political relevance of Jane Austen's writings, both to her own times, and, crucially, to our own, and examines how the author engaged with issues of sexuality, class, and nationalism: issues with which we continue to wrestle today.

Providing detailed readings of each one of Austen's six published novels (Northanger Abbey, Sense and Sensibility, Pride and Prejudice, Mansfield Park, Emma, and Persuasion), as well as studies of her early, unfinished or fragmentary work, this is an essential volume for anyone studying the work of one of the most important and enduring writers of the nineteenth century.