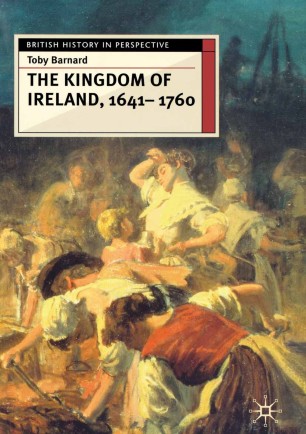 How did the Protestants gain a monopoly over the running of Ireland and replace the Catholics as rulers and landowners? To answer this question, Toby Barnard:

- examines the Catholics' attempt to regain control over their own affairs, first in the 1640s and then between 1689 and 1691
- outlines how military defeats doomed the Catholics to subjection, allowing Protestants to tighten their grip over the government
- studies in detail the mechanisms - both national and local - through which Protestant control was exercised.

Focusing on the provinces as well as Dublin, and on the subjects as well as the rulers, Barnard draws on an abundance of unfamiliar evidence to offer unparalleled insights into Irish lives during a troubled period.

TOBY BARNARD is Fellow and Tutor in Modern History at Hertford College, Oxford and has published numerous books and essays on Irish history. He is also an honorary member of the Royal Irish Academy.