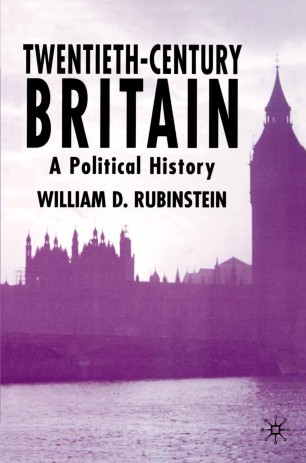 Between 1900 and 2000 Britain evolved from a great power at the centre of a world-wide empire, to a successful middle-ranking state whose role in the world remains unclear. In the twentieth century, Britain experienced unparalleled change, fought two world wars, and changed from a society with laissez-faire at its heart to a social democracy, and then to a state broadly committed to free enterprise.

This comprehensive study describes the major political events of the era in a clear and cogent way. William D. Rubinstein presents the history, key personnel, problems and achievements of Britain's successive administrations, from Lord Salisbury's government in 1900 to Tony Blair's 'Cool Britannia'. Ideal for both students and general readers, Rubinstein's book provides a detailed and incisive examination of Britain's political development in the twentieth century.

WILLIAM D. RUBINSTEIN is Professor of Modern History at the University of Wales-Aberystwyth. He has written widely on modern British history and on many other subjects.