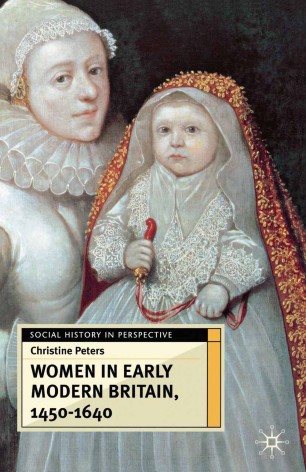 Although in its infancy, the history of women in Wales and Scotland before and during the Reformation is now thriving. A longer tradition of historical studies has shed light on many areas of women's experience in England. Drawing on this historiography, Christine Peters examines the significance of contrasting social, economic and religious conditions in shaping the lives of women in Britain.
Gender assumptions were broadly similar in England, Wales and Scotland, but female experience varied widely. Women in Early Modern Britain, 1450-1640 explores how this was influenced by various factors, including changes in clanship and inheritance, the employment of single women, the punishment of pregnant brides and scolds, the introduction of Protestantism, and the fusion of fairy beliefs with ideas of demonological witchcraft.
Peters' text is the first comparative survey and analysis of the diversity of women's lives in Britain during the early modern period.

CHRISTINE PETERS is Lecturer in History at Queen's College, Oxford. Her research interests lie in the comparative study of women, gender and religion.