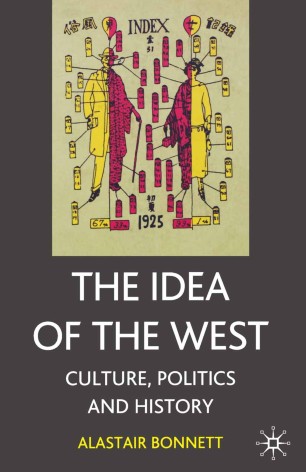 The Idea of the West

The West is on everyone's lips: it is defended, celebrated, hated. But how and why did it emerge? And whose idea is it? This book is about representations of the West. Drawing on sources from across the world - from Russia to Japan, Iran to Britain - it argues that the West is not merely a Western idea but something that many people around the world have long been creating and stereotyping. The Idea of the West looks at how the great political and ethnic forces of the last century defined themselves in relation to the West, addresses how Soviet communism, 'Asian spirituality', 'Asian values' and radical Islamism used and deployed images of the West. Both topical and wide-ranging, it offers an accessible but provocative portrait of a fascinating subject and it charts the complex relationship between whiteness and the West.

ALASTAIR BONNETT is Professor of Social Geography at the University of Newcastle upon Tyne. He is author of four books, including Anti-Racism (Routledge, 2000) and White Identities: Historical and International Perspectives (Pearson Education 2000). He has contributed papers to Ethnic and Racial Studies, Journal of Historical Sociology, Sociology, New Community and many other leading journals. He has also written for History Today, The New Internationalist, The Scotsman, the Observer and New Statesman.