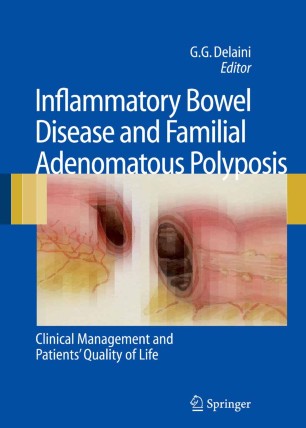 Inflammatory bowel disease (IBD) and familial adenomatous polyposis (FAP) are complex diseases, which are subject to numerous medical researches. Despite increased knowledge on the pathophysiological process, many aspects remain rather unclear, especially concerning IBD. The genetic basis of FAP is well known, but there is still debate about IBD, which seems more likely to be a multifactorial disease, where the illness is due to interactions between environmental and genetic factors. In the near future, the aim will be to prevent these disorders and their sequelae through early detection and early intervention (for example genetic therapy). Unfortunately, we are still dealing with young patients with a lifelong disease course, leading to early morbidity (and in some cases mortality) and extended needs for medical treatment, with a consequent decrease in quality of life. IBD and FAP represent a challenge for a multidisciplinary medical approach where different personnel play major roles in different stages of the patient’s treatment. It is in this light that basic scientists, geneticists, pathologists, radiologists, gastroenterologists, surgeons, psychologists and WOC/ET nurses have to work together in order to improve the outlook of these patients and their families.

"Inflammatory Bowel Disease and Familial Adenomatous Polyposis, deals with the two diseases in its title, and there is an emphasis on surgery throughout the book … . This book reflects the author’s diagnostic and therapeutic expertise. Discussions are up to date, and current topics are well referenced. … The strength of the book is surgical technique and outcome, and for this reason I recommend it for surgeons in training and in clinical practice … ." (G. N. J. Tytgat, The New England Journal of Medicine, Vol. 356 (18), 2007)