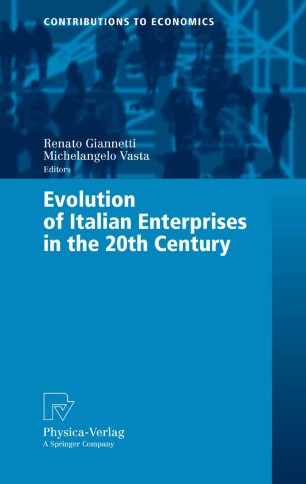 Evolution of Italian Enterprises in the 20th Century

During the first two-thirds of the 20th century the themes of sectorial structure and compared performance prevail in Italian economic historiography. In the last part of the century, in contrast, attention is focused on the behavior of single economic actors and their micro-economic strategies. This book intends to act as a bridge between the two approaches, and reconstructs - through an original study based on a plurality of methodologies - the secular journey of Italian industrial enterprise, concentrating on the main themes that have characterized the historical and economic debate in the course of time: structural changes and economic growth relative to the succession of technological regimes, the comparison on an international scale, large and small enterprise, the organizational structure of ownership and control, the characteristics of entrepreneurs and managers and their strategies.