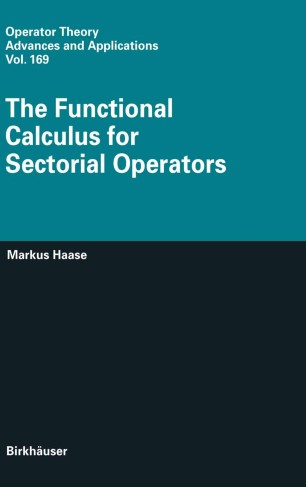 The Functional Calculus for Sectorial Operators

With this functional calculus at hand, the book elegantly covers holomorphic semigroups, fractional powers, and logarithms. Special attention is given to perturbation results and the connection with the theory of interpolation spaces. A chapter is devoted to the exciting interplay between numerical range conditions, similarity problems and functional calculus on Hilbert spaces. Two chapters describe applications, for example to elliptic operators, to numerical approximations of parabolic equations, and to the maximal regularity problem.

This book is the first systematic account of a subject matter which lies in the intersection of operator theory, evolution equations, and harmonic analysis. It is an original and comprehensive exposition of the theory as a whole. Written in a clear style and optimally organised, it will prove useful for the advanced graduate as well as for the experienced researcher.