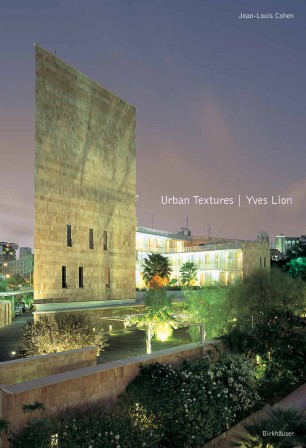 A mélange of genres 1. Yves Lion (introduction Firmly anchored within the fourteenth His deployment towards a new scale of by Alexandre Chemetoff, arrondissement of Paris since the mid 1970s, work and new programmes now requires interview with Pierre- Alain Croset), (Barcelona: Yves Lion has left his mark on Parisian other forms of interpretation. Yves Lion’s Gili, 1992); Yves Lion: études, réalisations, p- architectural culture both by the texture of early commissions for public buildings were jets, 1974–1985 (Paris: several of his buildings and by his personal won in architectural competitions, but sub- Electa Moniteur, 1985), presentation by Daniel experience. But the place he occupies in sequently his work branched out and adjusted Treiber. European architecture of the past twenty to a more complex reality. His contribution to years is as original as it is dif?cult to de?ne re?ections on public housing and his own due to his unusual ability both to adhere work drew particular attention towards c- to and transcend the spirit of Paris—and tact with multiple local authorities in the furthermore to his ability to work with ex- practice of the particular understanding of tremely diverse scales and urban situations. urban design known in France as a projet While his positions and his ?ghts are shaped urbain.