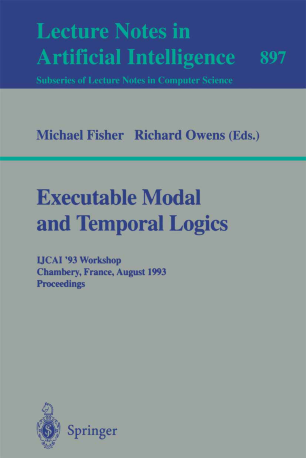 This volume presents the thoroughly revised proceedings of the IJCAI '93 Workshop on Executable Modal and Temporal Logics held in Chambery, France in August 1993.
The direct execution of logical statements, through languages such as PROLOG, has proved remarkably successful within CS and AI. In recent years a variety of nonclassical logics have been introduced and several executable forms of these logics have been applied to programming.
This volume addresses a range of approaches to executable modal and temporal logics, not only from a logical point of view, but also from programming language and application standpoints; in addition, an introductory survey and an annotated bibliography are presented.