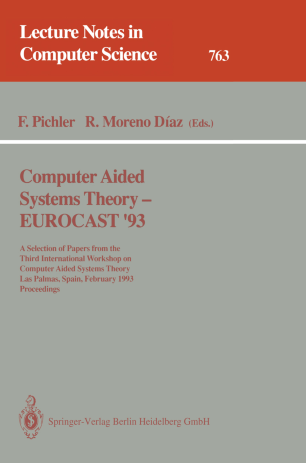 This volume contains a selection of papers presented at the third European Computer Aided Systems Theory workshop, EUROCAST '93, held in Spain in February 1993. The workshop emphasizes interdisciplinarity with the specificgoal of creating a synergy between fields such as systems theory, computer science, systems engineering and related areas. The contributions in this volume are strongly related to current problems in CAST research. They emphasize an engineering point of view concerning systems theory. Since the computer is an essential instrument in CAST research, there are close relations to specific topics incomputer science. The papers are grouped into parts on systems theory and systems technology, specific methods, and applications.