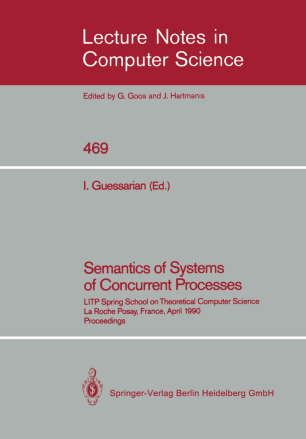 Semantics of Systems of Concurrent Processes

This volume contains the proceedings of the 1990 Spring School of Theoretical Computer Science, devoted to the semantics of concurrency. The papers are of two kinds: - surveys and tutorials introducing the subject to novices and students and giving updates of the state of the art, - research papers presenting recent achievements in the semantics of concurrency. The contributions explicate the connections, similarities and differences between various approaches to the semantics of concurrency, such as pomsets and metric semantics, event structures, synchronization trees, fixpoints and languages, traces, CCS and Petri nets, and categorical models. They also cover and compare the various notions of observation and bisimulation equivalences, logics for concurrency, and applications to dis- tributed systems.