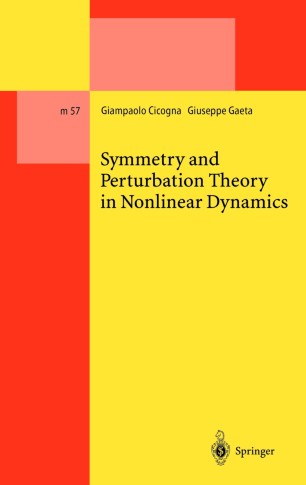 This book deals with the theory of Poincaré--Birkhoff normal forms, studying symmetric systems in particular. Attention is focused on general Lie point symmetries, and not just on symmetries acting linearly. Some results on the simultaneous normalization of a vector field describing a dynamical system and vector fields describing its symmetry are presented and a perturbative approach is also used. Attention is given to the problem of convergence of the normalizing transformation in the presence of symmetry, with some other extensions of the theory. The results are discussed for the general case of dynamical systems and also for the specific Hamiltonian setting.