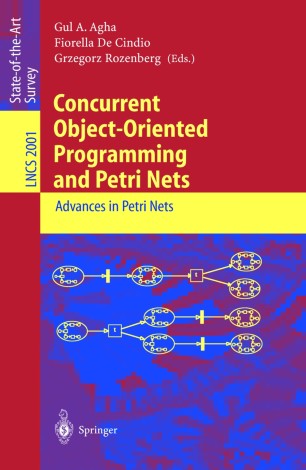 Concurrency and distribution have become the dominant paradigm and concern in computer science. Despite the fact that much of the early research in object-oriented programming focused on sequential systems, objects are a natural unit of distribution and concurrency - as elucidated early on by research on the Actor model. Thus, models and theories of concurrency, the oldest one being Petri nets, and their relation to objects are an attractive topic of study.
This book presents state-of-the-art results on Petri nets and concurrent object-oriented programming in a coherent and competent way. The 24 thoroughly reviewed and revised papers are organized in three sections. The first consists of long papers, each presenting a detailed approach to integrating Petri nets and object-orientation. Section II includes shorter papers with emphasis on concrete examples to demonstrate the approach. Finally, section III is devoted to papers which significantly build on the Actor model of computation.