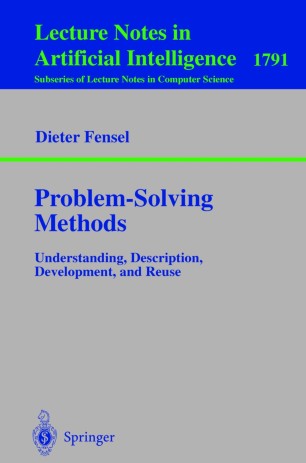 Researchers in Artificial Intelligence have traditionally been classified into two categories: the “neaties” and the “scruffies”. According to the scruffies, the neaties concentrate on building elegant formal frameworks, whose properties are beautifully expressed by means of definitions, lemmas, and theorems, but which are of little or no use when tackling real-world problems. The scruffies are described (by the neaties) as those researchers who build superficially impressive systems that may perform extremely well on one particular case study, but whose properties and underlying theories are hidden in their implementation, if they exist at all. As a life-long, non-card-carrying scruffy, I was naturally a bit suspicious when I first started collaborating with Dieter Fensel, whose work bears all the formal hallmarks of a true neaty. Even more alarming, his primary research goal was to provide sound, formal foundations to the area of knowledge-based systems, a traditional stronghold of the scruffies - one of whom had famously declared it “an art”, thus attempting to place it outside the range of the neaties (and to a large extent succeeding in doing so).