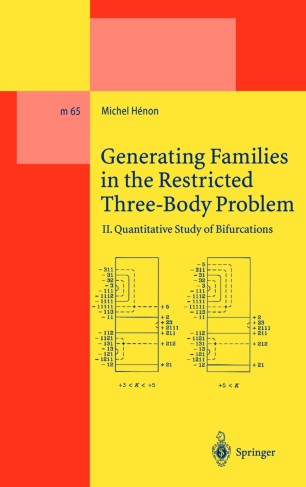 The classical restricted three-body problem is of fundamental importance because of its applications in astronomy and space navigation, and also as a simple model of a non-integrable Hamiltonian dynamical system. A central role is played by periodic orbits, of which many have been computed numerically. This is the second volume of an attempt to explain and organize the material through a systematic study of generating families, the limits of families of periodic orbits when the mass ratio of the two main bodies becomes vanishingly small. We use quantitative analysis in the vicinity of bifurcations of types 1 and 2. In most cases the junctions between branches can now be determined. A first-order approximation of families of periodic orbits in the vicinity of a bifurcation is also obtained. This book is intended for scientists and students interested in the restricted problem, in its applications to astronomy and space research, and in the theory of dynamical systems.