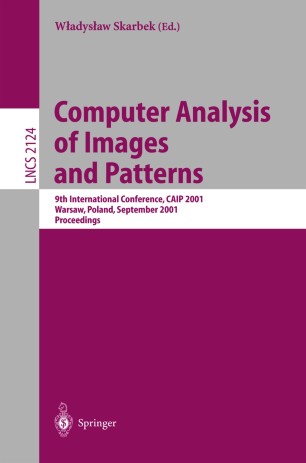 CAIP: International Conference on Computer Analysis of Images and Patterns

Computer Analysis of Images and Patterns

Computer analysis of images and patterns is a scienti c eld of longstanding tradition, with roots in the early years of the computer era when electronic brains inspired scientists. Moreover, the design of vision machines is a part of humanity’s dream of the arti cial person. I remember the 2nd CAIP, held in Wismar in 1987. Lectures were read in German, English and Russian, and proceedings were also only partially written in English. The conference took place under a di erent political system and proved that ideas are independent of political walls. A few years later the Berlin Wall collapsed, and Professors Sommer and Klette proposed a new formula for the CAIP: let it be held in Central and Eastern Europe every second year. There was a sense of solidarity with scienti c communities in those countries that found themselves in a state of transition to a new economy. A well-implemented idea resulted in a chain of successful events in Dresden (1991), Budapest (1993), Prague (1995), Kiel (1997), and Ljubljana (1999). This year the conference was welcomed at Warsaw. There are three invited lectures and about 90 contributions written by more than 200 authors from 27 countries. Besides Poland (60 authors), the largest representation comes from France (23), followed by England (16), Czech Republic (11), Spain (10), G- many (9), and Belarus (9). Regrettably, in spite of free registration fees and free accommodation for authors from former Soviet Union countries, we received only one accepted paper from Russia.