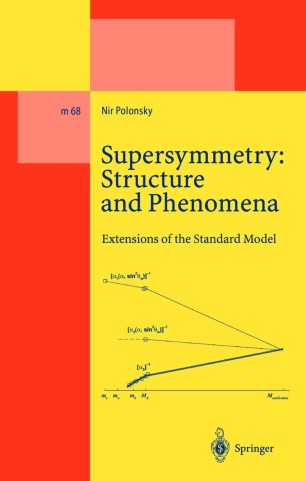 Extensions of the Standard Model

The book is a fairly non-technical introduction to modern supersymmetry phenomenology, approaching the subject in new and unique ways. It is suitable both for theorists and experimentalists, and emphasizes an intuitive grasp of the subject. Theoretical and experimental motivations, and the status and prospects of low-energy supersymmetry are discussed. It is shown by explicit construction that the stabilization of any perturbative theory which contains fundamental scalar bosons naturally leads to the notion of supersymmetry. The minimal supersymmetric extension of the standard model is then pedagogically defined and its experimental status is summarized. Renormalization of the models, including unificaiton, is discussed and the linkage between high and low energies is demonstrated, providing a potential probe of Planck-scale physics, such as unified theories. Besides a host of other phenomena, Higgs physics is discussed and the Higgs mass is shown to provide a crucial test of nearly all supersymmetric theories.