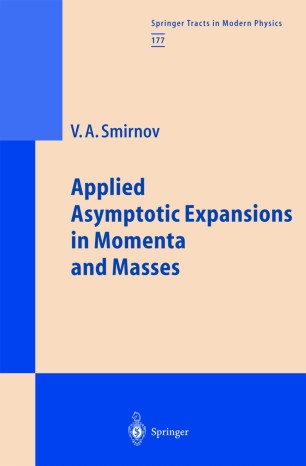 The book presents asymptotic expansions of Feynman integrals in various limits of momenta and masses, and their applications to problems of physical interest. The problem of expansion is systematically solved by formulating universal prescriptions that express terms of the expansion using the original Feynman integral with its integrand expanded into a Taylor series in appropriate momenta and masses. Knowledge of the structure of the asymptotic expansion at the diagrammatic level is key in understanding how to perform expansions at the operator level. Most typical examples of these expansions are presented: the operator product expansion, the large-mass expansion, Heavy Quark Effective Theory, and Non-Relativistic QCD.