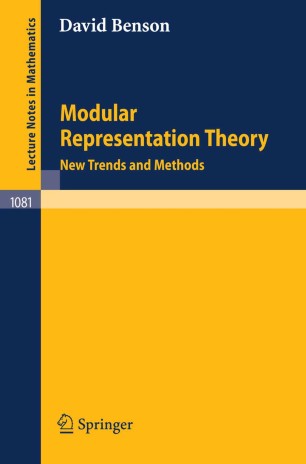 The aim of this 1983 Yale graduate course was to make some recent results in modular representation theory accessible to an audience ranging from second-year graduate students to established mathematicians.

Some of this material was incorporated into the author's 1991 two-volume Representations and Cohomology, but nevertheless Modular Representation Theory remains a useful introduction.