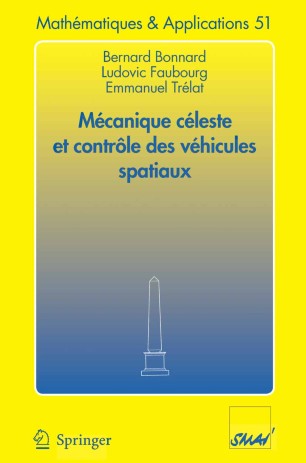 "The textbook contains two parts: Part 1 is an introduction to celestial mechanics, and part II is devoted to the control of cosmic vehicles motion. … The textbook is mainly addressed to graduate students, but also researchers and engineers can find in this book an advanced introduction to current researches and recent results." (Sergei Georgievich Zhuravlev, Zentralblatt MATH, Vol. 1104 (6), 2007)

"The book is written in a clear mathematical style-Definition-Proposition-Lemma-Theorem-Corollary-and is almost self contained. As the authors say in the Introduction, its contents can be suitable for postgraduate students in mathematics or physics … ." (Gerard Gómez, Mathematical Reviews, Issue 2007 k)