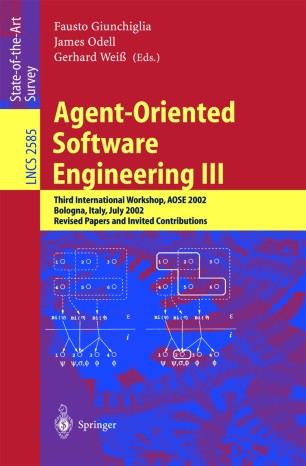 Over the past three decades, software engineers have derived a progressively better understanding of the characteristics of complexity in software. It is now widely recognised thatinteraction is probably the most important single char- teristic of complex software. Software architectures that contain many dyna- cally interacting components, each with their own thread of control, and eng- ing in complex coordination protocols, are typically orders of magnitude more complex to correctly and e?ciently engineer than those that simply compute a function of some input through a single thread of control. Unfortunately, it turns out that many (if not most) real-world applications have precisely these characteristics. As a consequence, a major research topic in c- puter science over at least the past two decades has been the development of tools and techniques to model, understand, and implement systems in which interaction is the norm. Indeed, many researchers now believe that in future computation itself will be understood as chie?y a process of interaction.