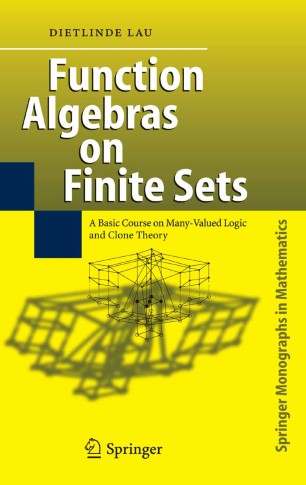 A Basic Course on Many-Valued Logic and Clone Theory

Functions which are defined on finite sets occur in almost all fields of mathematics. For more than 80 years algebras whose universes are such functions (so-called function algebras), have been intensively studied.

This book is an insdispensible source on function algebras for graduate students and researchers in mathematical logic and theoretical computer science.