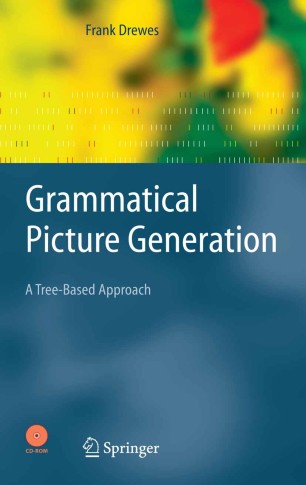 This book introduces the reader to the notions, the techniques, and the theory of grammatical picture generation, a research field focusing on formal systems that describe sets of pictures by means of syntactic rules.

The book presents important types of picture generators, using a tree-based approach to stress their common algorithmic basis, the treatment influenced by the theory of computation, and the theory of formal languages in particular. It guides the reader through the basics of the tree-based approach on to dedicated chapters on line-drawing languages, collage grammars, iterated function systems, grid picture languages, languages of fractals, and languages of coloured collages, while presenting results about (un)decidable, NP-complete, or efficiently solvable problems, normal forms, hierarchies of language classes, and related phenomena.

In support, the book contains detailed exercises throughout. The book is of interest to researchers and graduate students in computer science and mathematics who are engaged with the theory and practice of picture-generating systems.

"The book presents a thorough introduction to the field of syntactical picture description from a grammatical (generative) angle. … gives a good coverage of the background, literature and current research frontiers. … However, thanks to the good writing style and the many worked-out examples (and exercises), one can also use the book for mathematical armchair reading ... or for inspiring and motivating students in seminars. I hope that the book will find a comparatively broad readership … ." (Henning Fernau, Mathematical Reviews, Issue 2007 f)

"The title of this text really encapsulates what the book is about: generating pictures of patterns with linguistic grammars … . This book introduces the reader to the notions, techniques, and theory of grammatical picture generation, a research field focusing on formal systems that describe sets of pictures by means of syntactic rules. … The author should be congratulated for accomplishing an appropriate … text that is readable to both the research practitioner and students with appropriate backgrounds." (Minette Carl and Robert Goldberg, ACM Computing Reviews, Vol. 49 (4), April, 2008)